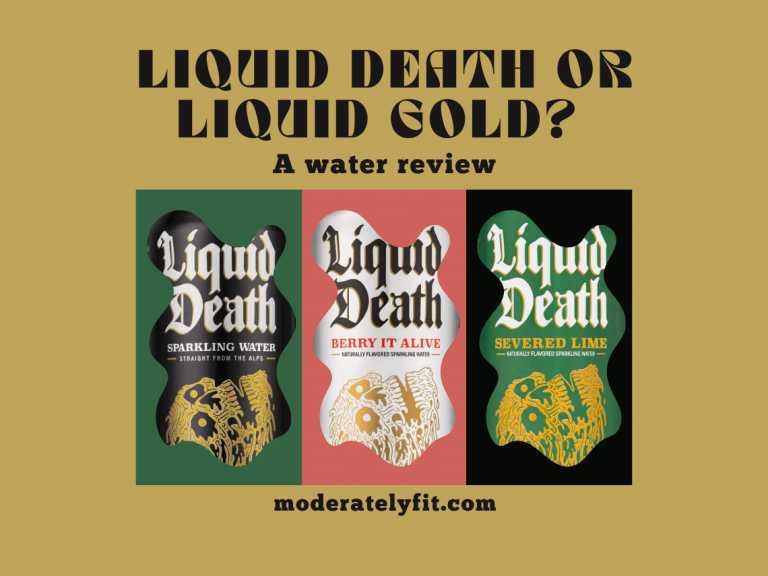 Anyone else out there first see someone drinking a black and gold tall boy and wonder what kind of beer or alcoholic beverage it was? Friend, let me tell you that you are not alone. Those unique cans had me fooled for quite some time. Plus, I’m a recent Liquid Death sparkling water convert now and I can tell you I totally get funny looks when I’m out in public and giving my little girl a sip straight out of the can. So what’s the deal with this rebel-esque water company and is their sparkling water any good?

As always, we have you covered and will be sure to share with you all the details we’ve found. But spoiler alert, Liquid Death sparkling water is the main sparkling water in our fridge these days and I’ll explain why in just a few.

All the haters can go ahead and hate but since it’s launch in 2019, Liquid Death has been nothing but successful. No other nonalcoholic beverage in history has grown as quickly as the ”Murder Your Thirst” company over the past three years. Who and what are the secrets to their success?

Mike Cessario co-founded the brand with the concept that there could be a cool, edgy option when drinking water, especially at a party type venues. After amassing a large following on social media, Cessario felt like they had proven that an alternative tallboy water option could actually work. When they finally started selling product, they started where their target niche was hanging out. Liquid Death was originally sold in bars and concert venues where drinking was already trending.

What I love about their story is that none of the founders had ever started a beverage company before. With each need that came up, like finding a water supplier, the founders put their heads together to figure it out. For them, it wasn’t that they couldn’t get something done, it was just a matter of working hard to figure out how to get it done. Not every new product will be a success story like Liquid Death but they certainly have shown that an established market still has room for a new, different choice.

Walk into our detached garage, open the rusty old fridge door and you will find a semi embarrassing amount of sparkling waters. But while the price sometimes deters me, our family overwhelmingly chooses Liquid Death over any other sparkling water. Why you might ask? Where to even begin…

First and foremost, Liquid Death sparkling water is so refreshing. When it comes to it’s bubbles, it’s certainly not as bubbly as another cult classic, the Topo Chico. But for some reason that doesn’t bother me and that’s coming from someone who loves bubbles. Keep in mind as well that not every type of carbonated water is the same. But flavored or not, Liquid Death actually feels like it quenches your thirst with it’s cold, clear taste.

For someone that struggles with their confidence in social settings, Liquid Death has given me the courage to join a get together and not drink. Some might not relate to that which I get. But a personal added bonus of Liquid Death, to me, is the fact that it looks “cool” (or foreign) enough that no one is asking me why I’m not drinking.

Sometimes you might just want to give your body a break from drinking. And if you’re planning to go somewhere where you know others are drinking, I find it helps to be prepared with your own beverage of choice like Liquid Death.

Do you drink a lot of coffee, eat a lot of tomato based foods or regularly ingest other acidic items? Typically, the American diet is filled with generous amounts of acidic food and drink. Why should you care? Well, your body is designed to keep it’s PH levels in balance, meaning it helps keep your bloodstream from being too acidic or too basic. Some studies claim, that by drinking alkaline water, you’re helping your body with it’s PH balance.

All that fun science to say, normal water has a PH level of about 7, while the Liquid Death Mountain Water has an 8.1+ PH level. How does that compare to other alkaline waters? Liquid Death’s site claims that it’s roughly over 2x more than Essentia, SmartWater, LifeWtr, Core and Aquafina.

But how does the Liquid Death water taste in a can? Surprisingly, my first reaction was that it doesn’t taste like metal. I feel like that is everyone’s assumption but I didn’t notice any dramatic metal taste. Because it’s in a can, I love that you can get that signature, extra cold quality that we are used to with sodas but instead it’s water. Overall I think it’s a refreshing water option and bonus that it’s a tallboy can and supposedly more recycle friendly too.

You know the fish tank in the dentist’s office in Finding Nemo? Well there was one fish that always said ”My bubbles” and they were pretty much my spirit animal. I love bubbles and therefore I love sparkling water. Just call me a bubble connoisseur. So on the “official” bubble scale with 0 being no bubbles and 10 being the most bubbles ever, I’d say Liquid Death bubbles are only at a 5.

But hear me out.

While they may not excel in the amount of bubbles their products have, Liquid Death sparkling water still ranks in my top 3 favorite sparkling waters. Why? Because sometimes you want bubbles but you don’t want what a lot of bubbles brings you – a whole lot of burps. So less bubbles means less ”excuse mes” in public. Laugh all you want but if you’re a bubble drinker like me, you’ll find yourself in that same scenario one day and wish you had chosen something with a little less bubbly kick.

Of all the Liquid Death flavored waters, the Mango Chainsaw is probably my least favorite. After only a few sips, the artificial aftertaste lingers and you can’t seem to get it to go away. The mango taste is very tasty and a nice change up from other sparkling flavors out there. But there is something about this Liquid Death flavor that makes me not want to finish the whole can.

Maybe if you add this over ice, you’ll get a watered down version that could eliminate some of that artificial aftertaste. Unfortunately, while it’s not so bad I couldn’t ever drink it, it’s still my least favorite option of all the brand’s flavors.

Ding ding ding, we have a winner! I personally covet this flavor and choose to drink it sparingly so it doesn’t lose it’s magical appeal. Not everyone probably feels this strongly about the Berry it Alive flavor so take my opinion with a grain of salt.

As for what it takes like, it’s got this very refreshing summer time vibe to it. Unlike the naturally flavored or essenced waters, the berry flavor comes in fairly strong with each sip. Since it’s sweetened with agave nectar, this Liquid Death sparkling water altogether is sweeter than a typical sparkling water, which I’m not mad about. I will say that there is a hint of metal aftertaste, whether that’s from the can or flavor combination I’m not 100% sure. But for me, the cherry, hibiscus blend hits.

When you compare the lime flavor to the rest of the flavored waters, it has the least amount of fake aftertaste. With it’s subtle hint of lime, it honestly feels like you’re being served a vodka soda with the lime already squeezed into the can. For those out there looking for a nonalcoholic alternative, this might just be it.

Even though it’s delicious and refreshing, I will say I was still a little disappointed in the flavor. Mainly I was disappointed because I expected the flavor to pack as much of a punch as the packaging (if that makes any sense). Hints of lime are noticeable and enjoyable but I expected a shock of flavor or something more non-traditional from the Liquid Death crew with this one.

Every tall, cold can of Liquid Death is made with mountain water from the Alps. As for the three current flavored options, agave nectar and a mix of natural flavors are added too.

For some more specifics, in every 16.9 fl oz can of flavored Liquid Death, you’ll find three grams of agave nectar. The fact that the company uses a natural sweetener is a bonus but keep in mind that agave can affect your blood glucose a bit differently than regular sugar. Each flavored tallboy has a total of 20 calories too. Lastly, each can is packed with electrolytes to help boost your hydration experience.

Don’t you just love a website that makes your life easier? Another reason to love this brand is that you can see where every Liquid Death sparkling water (or still water) is sold near you. Whether you’re looking for a whole case or a place to grab one and go, Liquid Death’s website has you covered.

One thing you might start noticing is that Liquid Death is popping up in more and more places. I used to only find it at Whole Foods but now it’s showing up on the shelves at Target or CVS stores near me. What’s awesome about that is obviously the convenience but also the fact that more places are starting to sell single cans of water instead of just sugary caffeinated drinks in the machines by the checkout lines. Providing healthier options, in a cool way, is just another amazing by product of Liquid Death’s hot new concept.

As with most items these days (or at least it feels like it), you can also find Liquid Death for sale on Amazon. So if your local stores randomly run out or maybe you just prefer setting a recurring delivery schedule, you can always get you some Liquid Death sparkling water delivered via Amazon. For a product that tends to be a little pricey(roughly $16 for a 12 pack) you might want to keep your eyes on Amazon as it tends to put a few of the different flavors on sale!

Overall, you should be able to tell that here at Moderately Fit, we’re pretty big fans of Liquid Death. But if you’ve tried any Liquid Death sparkling water, let us know your thoughts. Everyone’s taste buds are different so don’t take our word for it. Try a Liquid Death too and report back to the group 🙂 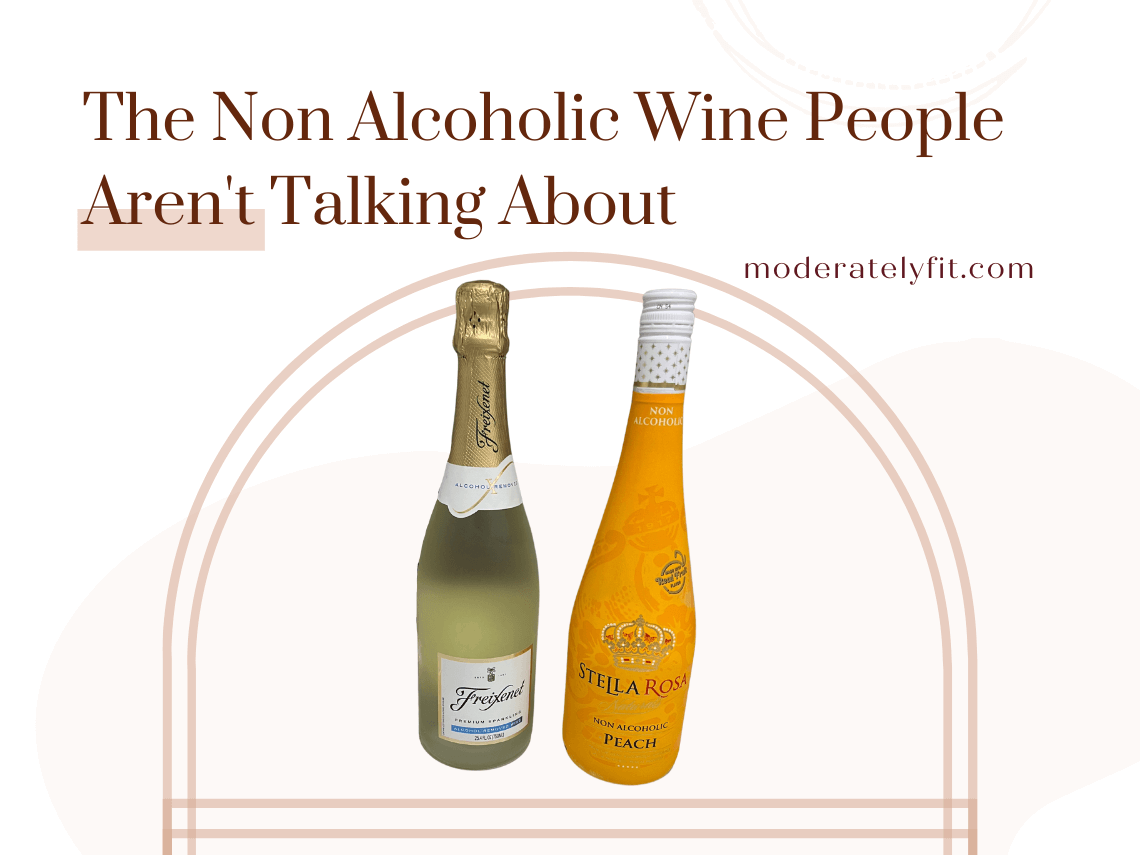 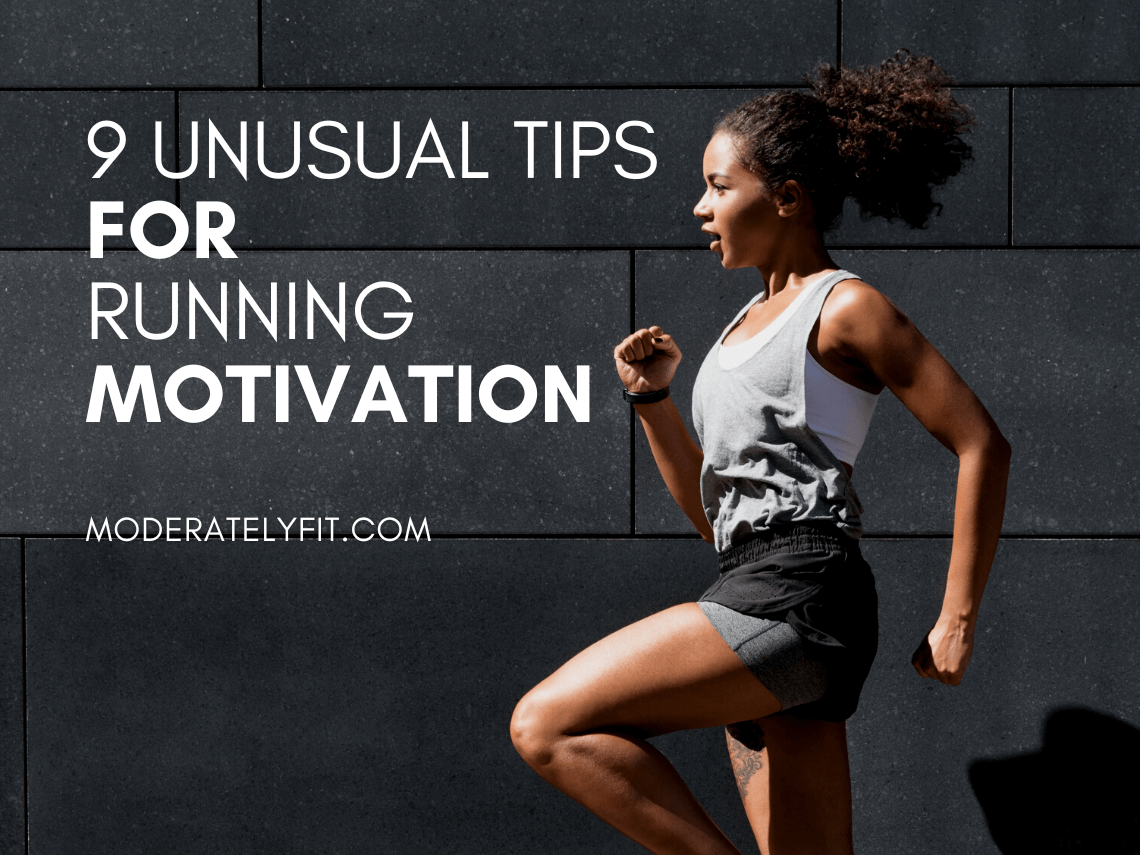 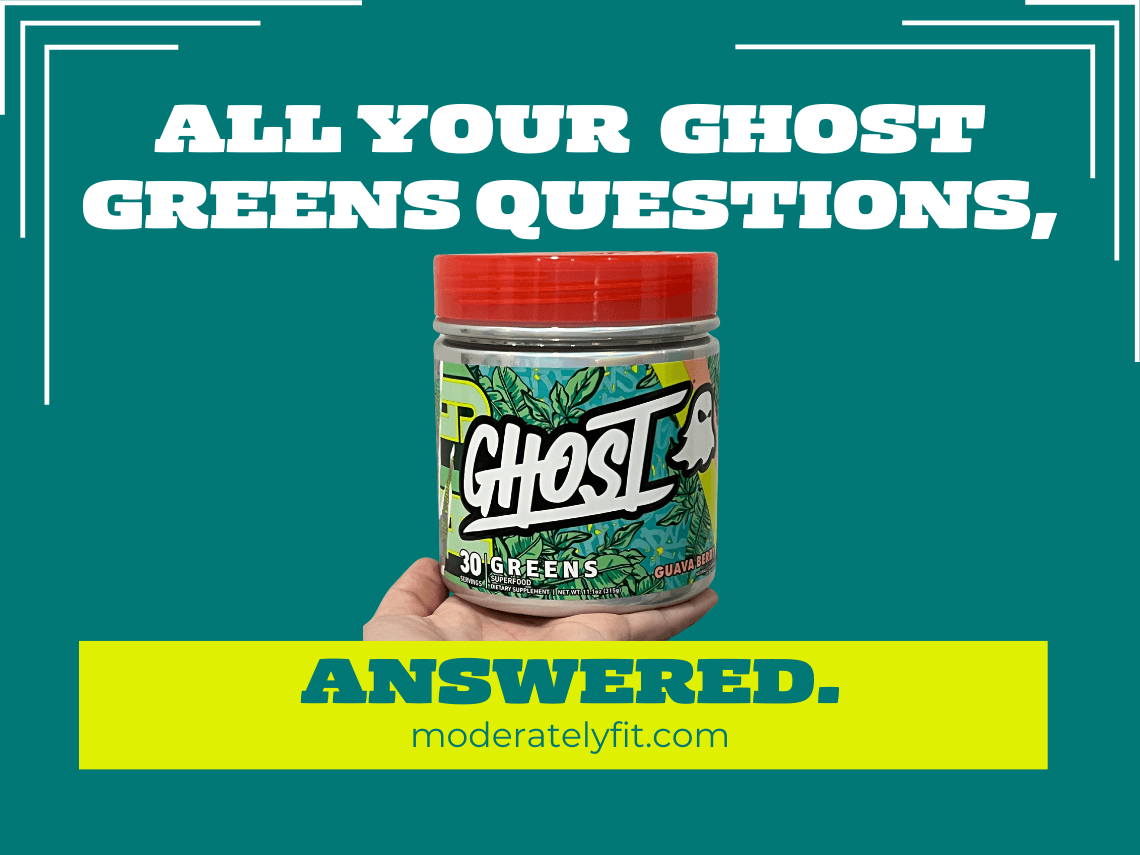 Is there a big difference between the Theragun Prime vs Elite? Or even better, does Amazon have a better value item that is similar to Theragun?

Did you know about Stella Rosa non alcoholic wines? Today we try out each flavor, along with another non alcoholic sparkling wine brand to see what’s best!

Even if the weather is just right and you’re feeling inspired, it can be hard to start generating some running motivation. So what’s the secret?

Does the idea of drinking powdered greens kind of scares you? Are Ghost Greens any good or even good for you? Let’s find out! 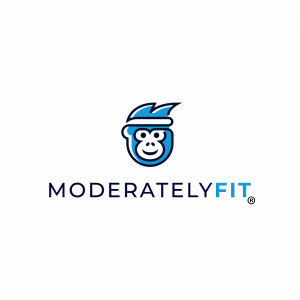